In the late 90’s, I was nearing the end of my secondary education.  I had precisely 3 interests: Boys, dance, and a social life…with boys.  Reading was definitely not on my to-do list.  So it wasn’t even on my radar that suddenly every person of every age in every country became enamored with a book called Harry Potter and the Sorcerer’s Stone.

I don’t recall even being aware that this was a book until 2001 during my first year of college.  This was the year that this first book in the series became a movie.  A good [21 year old] friend of mine, Traci, was obsessed with this series.  We were in the dance company together, and at the end of the year we had an assignment called musical mapping.  The assignment required us to choose a song, “map” the dynamics of the song out using the medium of our choosing (pipe cleaner, macaroni noodles, string, etc…you know, college student stuff), and choreograph a dance to go along with our 3-dimensional music map.  We then presented the entire project to our class.  Traci chose the Harry Potter movie’s theme song, which at the time was unrecognizable.  She incorporated a magic wand into her choreography with which she led us through her map.  If that wasn’t enough to get me to read this book, I don’t know what is.

Over the years I received a lot of criticism for having never read this series.  About 7 years ago, I rode along with Aaron when he went to dig a grave (yes, this actually happened).  I had some time to kill while I sat in the car, and the Sorcerer’s Stone happened to be sitting on the bench seat next to me.  Aaron really loved the series and has read/listened to each book at least twice.  I picked it up, thrilled that I was finally about to jump on the HP band wagon.  I got to about the part where (spoiler alert, if you haven’t read it) Harry makes the glass disappear at the zoo and releases the snake.  That was where the wagon stopped for me.

Since that time I’ve been the epitome of a crazed YA fantasy fiction fan over all the big-time supernatural, dystopian, sci-fi, love-triangle type books and their movie adaptations (you should see my “I’d rather be in Forks” t-shirt).  All except Harry Potter.

Last fall, Jade started kindergarten.  I’ve been reading to Jade almost every night since she could sit up on her own, so it didn’t come as a surprise to me that she picked up the ability to read very quickly.  In October at her last birthday, she was given her first set of chapter books about fairies.  We devoured them and went back for more when the school book fair came along.  Suddenly books didn’t need pictures to be interesting.  This was my cue. 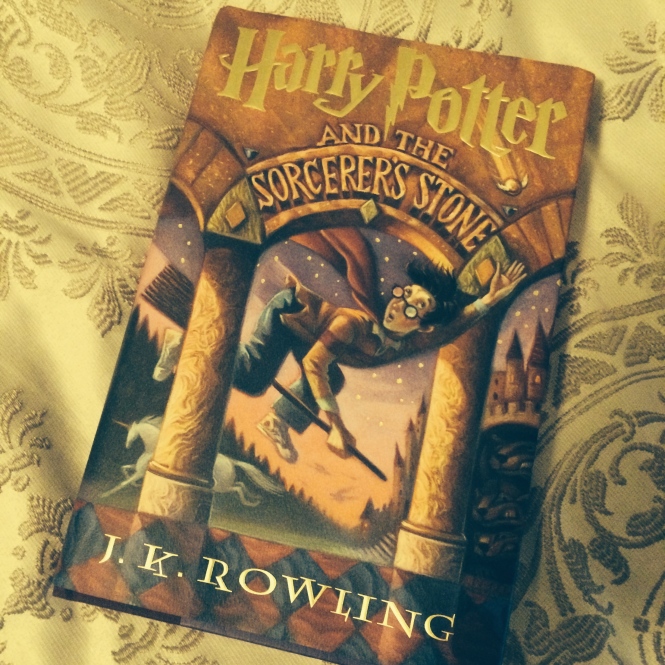 Last night, we finished the first book.  I almost cried!  Literally.  And for more reasons than one.  I just finished a very long book with my first child and she sat still and listened and comprehended just about every word!  But I was also sad to close the book after that last page.  What incredible writing, and what a fun story!  We do own all 8 movies, but to be honest I don’t think I’ve sat through most of them and the ones I did I either fell asleep or didn’t have a clue what was happening.

But the best part about the whole thing is that I’m experiencing these books for the first time with my daughter.  How many parents of my generation get to say that?  I kept thinking what if I’d given in and read the series a long time ago?  I get to do this 6 more times!

Do you have any movies or books you wish you could experience again for the first time?  And its sad because you never will be able to!  You’ll keep re-watching Titanic hoping it will be as good as that first time, but it never will be.  Okay maybe that’s just me.

Chamber of Secrets here we come!

Of all the weeks to be sick.  Jade has a little bit of a cold as you may be able to see in these pictures.  But that didn’t stop her. 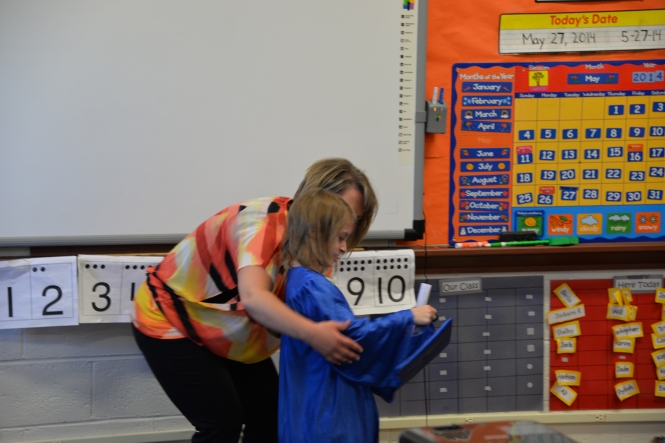 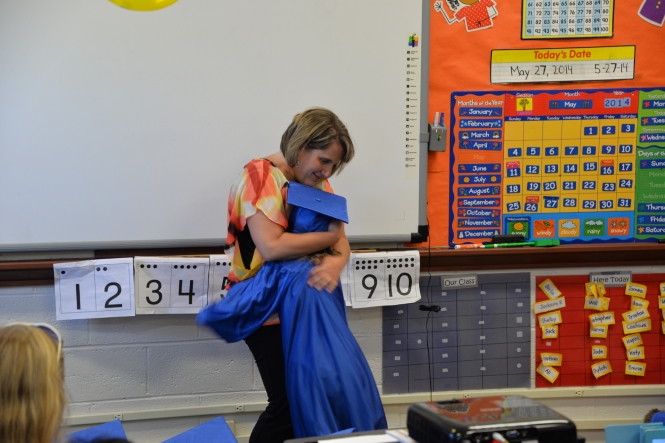 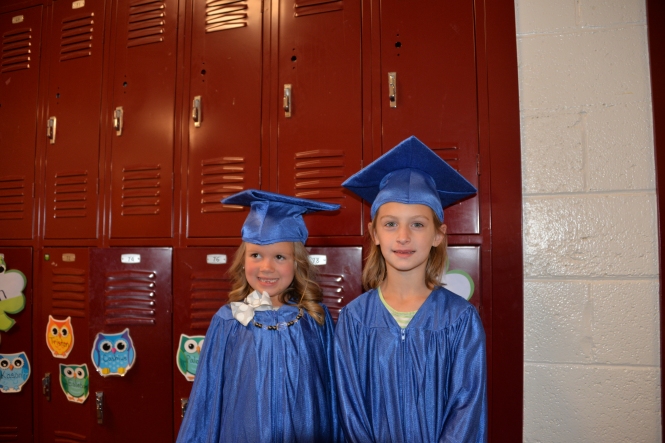 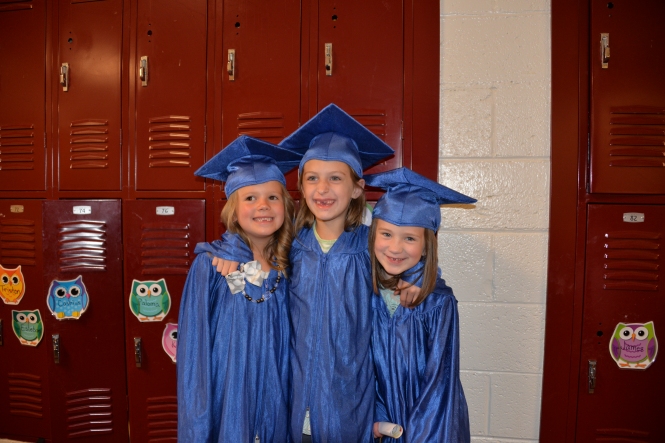 Student of the Month

Jade’s teacher says she has worked really hard this year on being a good friend to others and that she has progressed a lot since the beginning of the year.  I’m so proud of my little almost-first-grader!